Since the major protests against the Russian government in 2011 and 2012, the crackdown on independent media and journalists has augmented. Draconian laws have been passed, websites and social media platforms have been blocked, and independent media houses have been shut down. The law on foreign agents is increasingly being used against media actors, journalists and bloggers. Following the arrest of Kremlin opponent Alexey Navalny, freedom of the press has been further constrained. Besides Novaya Gazeta, there are few independent newspapers left in the country that operates without being accused of being a foreign agent.

Journalists and bloggers are persecuted, fined and imprisoned for their work. Many attacks, and even murder, on journalists are neither investigated nor tried in court. From 1992 to 2020, at least 82 Russian journalists were killed.

Despite the imminent danger, courageous Russian journalists continue to secure access to reliable information and promote freedom of expression, such as this year’s Nobel Peace Prize winner Dmitry Muratov.

PEN Norway, in cooperation with the Nobel Peace Center, Norwegian Union of Journalists, Norwegian Helsinki Committee and Human Rights House Foundation, welcomes you to a conversation about the situation of freedom of the press and journalists in Russia on Thursday, 9 December.

The event will be in English. It will be live streamed on PEN Norway’s website and Facebook. 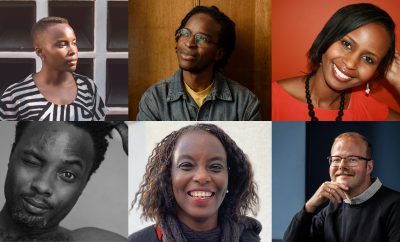 Renowned and innovative writers to provide input in our project on African literature.